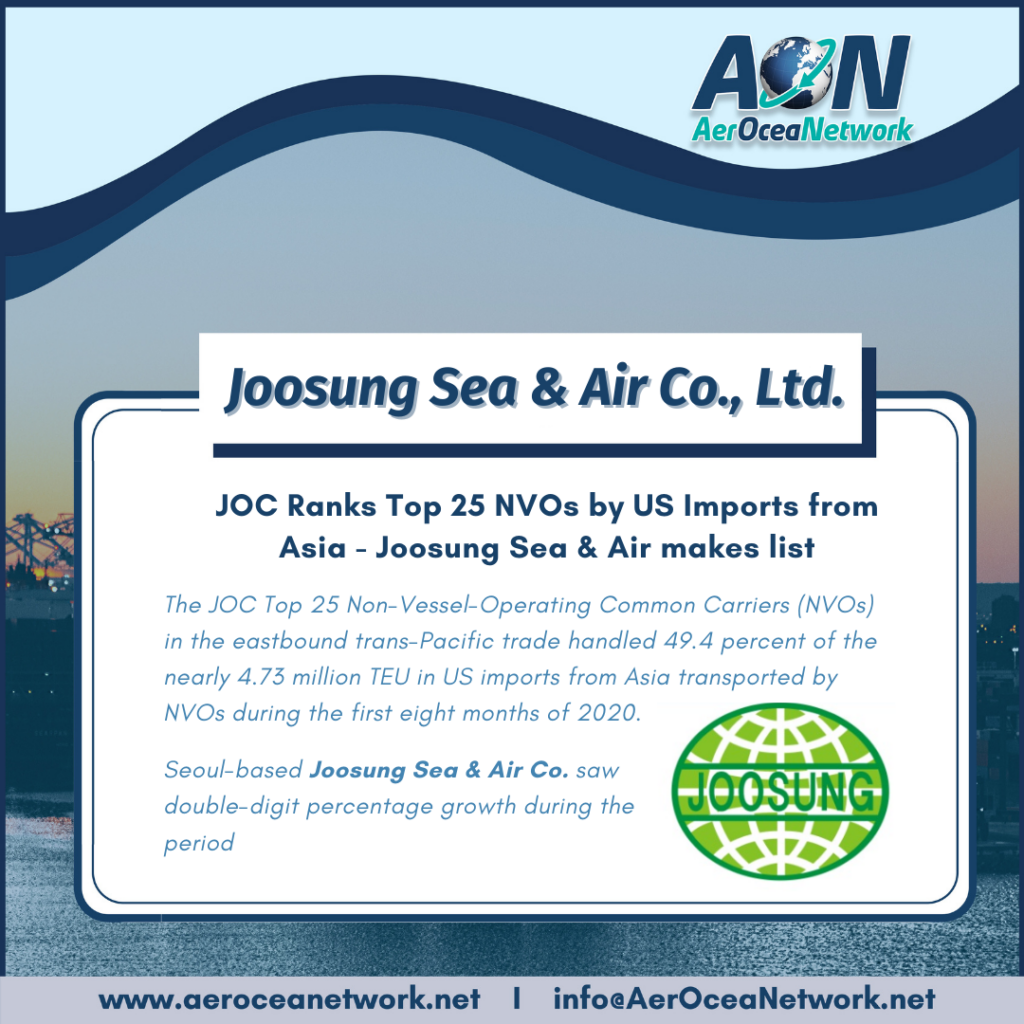 Although non-vessel-operating common carriers (NVOs) captured a larger share of the total eastbound trans-Pacific container trade in the first eight months of 2020, the largest forwarders actually saw their share of NVO volumes slip.

The top 25 NVOs in the eastbound trans-Pacific handled 49.4 percent of the nearly 4.73 million TEU in US imports from Asia transported by NVOs during the first eight months of 2020, down from 49.6 percent in the same 2019 period, according to data from PIERS, a sister company of JOC.com within IHS Markit.

Thanks to an 8.9 percent jump in volume, San Francisco-based Apex Group overtook Expeditors International of Seattle, Washington, handling the largest combined share of US imports from Asia through August, followed by Expeditors and Eden Prairie, Minnesota-based C.H. Robinson, which reported volume declines of 9.6 percent and 4.4 percent, respectively.

But Expeditors and C.H. Robinson were not alone; a dozen of the top NVOs in the trade saw their volumes and market share decrease on a year-over-year basis during the period. The largest declines were registered by De Well of Vernon, California, which saw shipments in the eastbound trans-Pacific tumble 16.4 percent, Hong Kong’s MCL Multi Container Line and Essen, Germany-based DB Schenker, both of which were down 15.3 percent from the previous year.

The largest gain, however, was reported by relative newcomer Flexport, which saw volumes rocket 135 percent year over year to 55,808 TEU during the January–August period. Founded in 2015, San Francisco-based Flexport is one of a number of digitally focused forwarders that has entered the trans-Pacific market in recent years.

JOC Top 25 NVOs by US Imports from Asia

The JOC Top 25 Non-Vessel-Operating Common Carriers (NVOs) in the eastbound trans-Pacific trade handled 49.4 percent of the nearly 4.73 million TEU in US imports from Asia transported by NVOs during the first eight months of 2020, a decline of 0.2 percentage points from the same 2019 period but still up 0.8 percentage points from 2016.

*Data does not include imports through Canadian ports
Source: PIERS