Don’t leave your branch office out on a limb! Logistics networking happens everywhere. 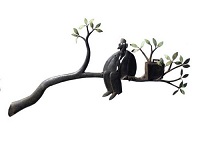 Don’t leave your branch office out on a limb! Logistics networking happens everywhere.

We often find that many forwarding companies who want to apply for network membership are only interested in bringing in their head offrices or offices only in major hubs. While this might sound like sound decision making from the applicant’s point of view, especially when they think of it in terms of saving money, this might actually be a penny wise and pound foolish decision.

How so? you may ask.

When you bring in your branch offices into the network you will greatly expand your company’s coverage. The perception of an outsider looking in is that you are more substantial as a company and that you will be able to cover a greater geographical spread and more services. And you are advertised even far greater to both network members and to the outside world than when you are only showing one operation on the network roster.

Your total cost may be greater but the cost per office when they are in the same country become far lower per office. In country branch offices are massively discounted compared to head offices. When you compare this to other forms of marketing the cost effectiveness is becoming quite reasonable. I don’t know how you would divide this up come accounting time but if you averaged the costs among the offices you bring in the rate, though not cheap as chips, will reflect substantial discounts.

Branch offices quite often have an easier time finding their niche in the group. Let me give an example. When I owned a forwarding company I had an agent in Australia whose operation in Sydney was mainly general cargo, in Brisbane mainly projects, in Melbourne mainly ocean freight, in Adelaide mainly perishables and in Perth mainly airfreight. Not only did this give us more opportunities to work with our Australian agent geographically but it also helped us to work with them on different kinds of cargo. This kind of dynamic helps the agents to choose your company every time. Also, many logistics company make the mistake that since their company’s head office was located in a major hub that there would be more work from the network there. Though this should be true in many cases you will also find that your branch office might be standing alone in the group in their own geographical region. So they might be the obvious choice as the ‘go to’ for many of the agents within the network. And that could add up to some pretty coin for your company over the course of the year.

Generally the biggest argument that we hear for not signing up a branch office is that the head office controls everything to do with sales and marketing (or conversely with operations, accounting or any other facet of the business). This may be true. But if that is the case then simply add the person in the head office who would be responsible for the sales, operations, etc., as the contact for the branch as well. By doing this you still gain the advantages of fully covering your branch office territory within the network.