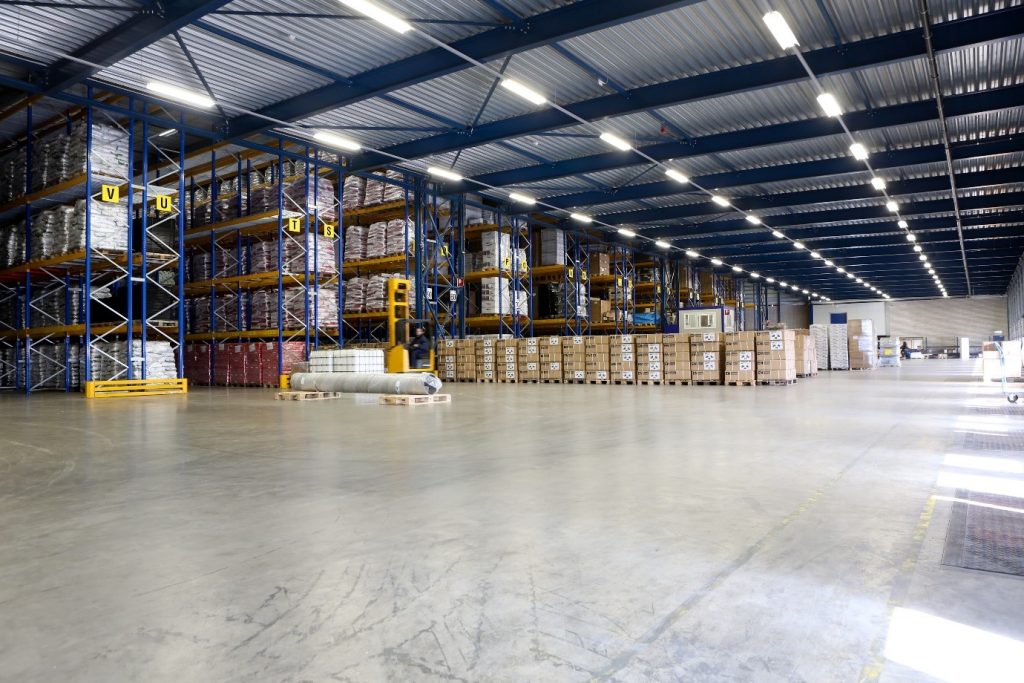 A subsidiary of the GD-iTS Group, Van Doesburg Int. Transport B.V. in Zaltbommel are experiencing successful times. The transport & warehouse division based in Zaltbommel, which is centrally situated in the Netherlands on the A2 motorway, is currently building on the groups positive developments that have continued to shape autonomously in recent years. Success has been achieved by actively investing in personnel, good relationships with clients and the quality of the services. The group has also invested in innovative logistics techniques, safety, modern transport equipment and, finally, the business space. The result is controlled growth.

Growth has enabled GD-iTS Group to expand its business space. Immediately opposite its present business location, the company has purchased a new plot of land measuring 6,000 m2. Construction work has recently started on the site. The project includes a new workshop with a total surface area measuring 1,400 m2 and new parking facilities measuring 4,600 m2.

Van Doesburg currently already has its own repair shop, which means most of the maintenance on the extensive fleet can be carried out under own management. Because of this, the company can keep all its transport equipment in optimal condition and respond swiftly in emergency situations. The company’s current growth, the ongoing expansion of the fleet and the increasingly advanced technology on board the vehicles created the need for a new, larger and optimally equipped workshop. When construction has finished, the new workshop will be an advanced service and APK (periodical technical inspection) center with, among other things, its own brake and shock absorber performance testing facilities.

Sustainability is becoming increasingly more important for the GD-iTS Group. Energy-efficient LED lighting will, for example, be fitted throughout the new building. A PV solar-energy system will also be installed on the roofs. The solar panels will generate approximately 23,500 KWH usable energy per year and supply the company with all the electricity it needs.

Because GD-iTS Group also has a large amount of warehousing space at the same location from where it operates its logistics services, site security is extremely important. For this reason, an advanced Power Fence system will be erected around the boundary and coupled to state-of-the-art camera surveillance equipment.

The preparatory groundwork started in the first week of July 2107. As soon as this has been completed, the contractor will commence the foundations and further construction work. “The planning may be ambitious, but it’s certainly feasible. We aim to be operational at the new location early next year!” says a proud Gijs van Doesburg, who as the managing director and majority shareholder was jointly responsible for this positive new development.

When the new repair shop and the parking facilities are put into operation, Phase 2 of the project will start immediately. This phase will involve constructing sufficient additional warehousing capacity to cater for current and future growth. After finishing the project, the warehouse will contain in total 20.000 m2 storage.

The progress being made with the construction work can be closely followed on their website and their social media, which GD-iTS Group is active.