Fear of the phone is a road block to networking success 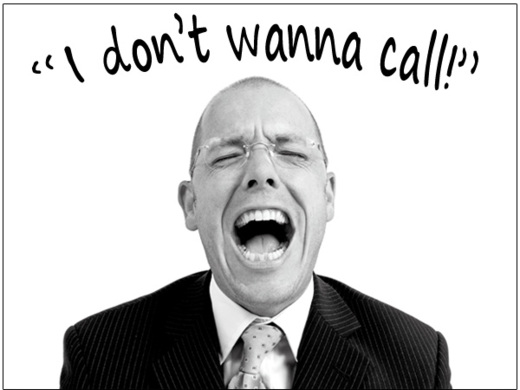 Fear of the phone is a road block to networking success

I have written quite often about having to have a gameplan for networking. Most of this game plan would be considered as strategy. Today I want to briefly discuss an important tactic that holds people back in their networking efforts:

Recently I had a meeting with a friend of mine who has been looking for a job. He resigned his job several months ago and is now looking to get back into work. The first month out of work he decided that he’d take a month off for himself and get on to looking for a job later. After the month was up he started sending out his CV to everyone in the industry in the city where he lives. After not too many bites he slung the net further and started to look outside of his city. He was constantly e-mailing but not real results, or at least not the one that counted, employment with a good company. After a few months he jumped out of the e-mail mode and started only then to call. To his dismay he’d missed four or five good opportunities because his CV of months before had been forgotten. He realized that at the very least had he called earlier he would have landed more interviews.

I listened to this story nodding to myself because I know this to be true. I have aired out my frustration about this a few times. Especially when I have network members complaining about partner agents who “don’t follow up”. When I look into this I find that more than 90% of the time the situation is that the complainant has only chased the other party by e-mail, never trying them by phone or Skype.

I have noticed that most networkers fall into two categories:

I’ve always considered those who had fear of the phone to be akin to those who have stage fright. The same people who don’t like to give presentations and don’t want to learn elevator speeches. However, these are skills you need to network and sale. Using only e-mail for communications is like going to build a house with hammer and nails but not having a saw. You will be handicapped.

Take a look at the tactics that you use for international networking now. Have a good look at the ratio of e-mails to the rest of your communications options. How many times have you put the word “URGENT” in a mail without follow up? That will tell you a whole lot right there.

If my friend had followed his mailed CV’s out with a phone conversation I am pretty sure he’d be working right now. And if you do the same with your networking communications your business will grow much, much faster. Trust me on this one.