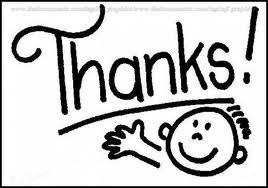 My write up won’t be very long this week. I just got back from two AGM’s of our groups (XLProjects and AerOceaNetwork) in Budapest and so rather than go over a new topic I really wanted to point out some things that I saw last week that let me know things are going in the right direction.

First of all, both networks were drastically up in attendance. And this was noticeable from those who were at our 2013 AGM’s. This made them happy and it made us happy.

The percentages of attendees at the welcome reception were probably the highest I have ever seen. AerOceaNetwork had a nearly 95% attendance rate and that is very hard to do. XLProjects was over the 85% mark. And this is a great sign.

And another sign that things were heading in the right direction was that the second afternoon scurry, a scourge to any meeting, was greatly alleviated in both groups this year. That is not to saw it wasn’t still there and that there is nothing left to work on. However, it was noticeably improved. More people stayed to the end of the day than had been the cases in the past.

And another purely anecdotal thing I noticed was that we were getting more thank you’s and congratulations than before. And they were heartfelt. So I will come back with my own heartfelt thank you to each and every one of the members who made it to the meeting. I hope you gain financially from this but even more I hope you gain personally. And please remember, we are here to help if you need anything throughout the year.