When you blow your own horn make sure the song fits the audience! 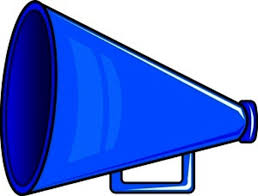 When you blow your own horn make sure the song fits the audience!

In my line of work I come across every kind of networker but the two basic poles are the open networkers and the closed networkers. There are good points and bad points to both.

Open networkers tend to want to have contact with everyone, share information and tend to be givers and connectors. What open networkers struggle with is lack of focus on their mission sometimes and also sometimes they think they need to speak to be heard when silence may be golden.

Closed networkers tend to focus only on those targets who they want to speak with as they have understood in advance exactly who they need to speak with and who they need to meet. Where they tend to go wrong is when they are closed networkers due to the fact that they are naturally introverts so sometimes they will either network with people they already know or they might network with far too few people.

The positive sides of both types show maturity. The negatives, of course, show just the opposite.

I’d like to point out that I like and respect both types of networking and in ways I try to fall into the positives both categories. I am not necessarily an introvert so I don’t get the bad side of the closed networkers that often. However, sometimes I have the weakness of the open networker when it comes to focus. I have to remind myself of it. The part of the open networking model that has become a pet peeve for me though is the speak to be heard problem. It is almost a syndrome with some people. And nowhere have I seen this more distasteful that on social media of late.

A prime example of lack of maturity and forethought can be found in networking is when one goes into a LinkedIn group and spouts off to spout off.

Maybe it is just me but my understanding of the functions of these groups were dialogue. But many times in logistics groups this isn’t what happens. For instance, how many times have you seen a member of a group state a problem such as ‘I need a good agent in Guatemala who can handle a 40′ HQ to destination. Any recommendations?’ then someone answers ‘I have the best airfreight rates in China! If you need something there just contact me.’

And unfortunately this happens every day, all the time, in virtually every group.

I don’t know about the rest of you but I consider this kind of communication to be simply bogus. First of all, it doesn’t address the issue that the requester asked about which shows that the bozo who answered doesn’t care. Personally, I don’t think there would have been any question from the group member if this wasn’t needed. So if I am asking about handling 40′ HQ containers in Guatemala the person who replied they could help with airfreight in China is looking pretty asinine to me. I wouldn’t use him because I know that he either doesn’t read my needs in the first place or that he simply doesn’t care. The other thing it shows is that the person who answers like that is very willing to waste your time without thinking. This lessens the value and the experience for everyone involved, including the person who is shamelessly promoting his company.

I also wanted to remark here that I am a member of several discussion groups related to all types of logistics and several other groups that match non-logistics interests and this kind of problem seems almost exclusively a logistics industry problem. It means we have lots of work to be done in this area. And even more unfortunate is the fact that I’m only giving the example of the LinkedIn groups. The fact is that this goes on at networking events far too often.

So for you out there who might be a little guilty of this from time to time, I’d like you to think about the following:

There is no problem to self promotion. Often this is required of you (and many of the more ‘closed’ networking types will even shy away from it.) But when you are shameless about self promotion you might not be perceived in a positive light by the recipients of the message. Make your message that you convey fit directly to the needs of the recipients of your messages. By all means if they have a request or a problem that confronts them they only are interested in solutions. If you want to have a positive reception then make sure you have a specific value added solution or that you know someone else who can. My mother used to say that ‘nobody likes anyone who blows their own horn.’ In life that tends to be true but in business sometimes you need to do it else opportunities will pass you by. But when you blow your horn make sure it is the sound your audience wants to hear. Otherwise you will be be spreading noise and blowing hot air.