Working with people outside the network 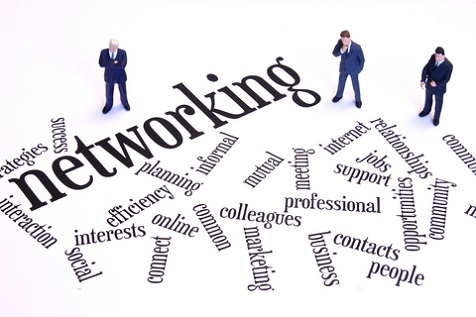 Working with people outside the network

There is no such thing as a perfect network. However, for independent freight companies these days networks are the best way to have agencies all over the world. We all know that since networks are not 100% perfect in and of themselves (believe me, we’re doing our very best!) sometimes people are forced to go outside the network to get certain business done. And sometimes business opportunities come to them from companies who are also not inside the network. This is normal and common in the world that we live in. Still it’s much better to be inside a network than outside of a network. Nowhere else will you have a group of people who are looking to you to give you business and to serve you best on a systematic basis. Nowhere else will you get the support from agents around the world like you will from within the network.

Whenever companies do business with other companies outside the network if there is any way possible I always encourage these companies to bring in their non-network partners. Or to at least introduce the idea of joining the network to that partner or introduce the network management to them directly. This helps to eliminate any issues that you might come into contact with from member partners inside the network. What do I mean by that? Well simple. If you are seen to have a substantial amount of business outside the network, to be actively pursuing that business but not supporting network businesses you will be seen by other network members as a leech on the group. This is important because part of being in a network means that you necessarily do trade with other network members on a regular basis. Not just trade, but actively trade. You promote your own services within the group but it is a quid pro quo. You also need to be using the services of other members of the group. Or else it doesn’t work for anyone. Well, let me qualify that a little further. If a significant number of network members work outside the network then it doesn’t really work for everyone.

I always tell companies when they come into the group that they don’t have to give up their old agents. And for the network to work best what you really need to do is give at least 50% of all your new business to network partners. This would be a great boon for any group if all members just follow this simple rule of thumb, or, if they do the best to invite their highest quality agents from the past, i.e., their pre-network partners to become part of the group. (And why wouldn’t you if you think that the network is called a and the agents equality, wouldn’t that be the best match possible for you and everyone involved?) This way everything works in a sealed circle. We do not push exclusivity as I’ve discussed on several previous posts. If you would like to know more about that just look them up or you can ask me. We are however, constantly looking for new and quality talent in the field of agents around the world.

If everyone in the group gave 50 percent of their new business, and by this I mean the business that they quoted for since they joined the group, to other network members, this would mean a great deal of growth for everyone who joins. It would mean a great deal of benefit. It is the real world business version of pay it forward. If you and all your network partners commit to that then everyone will benefit in the growth of the group as a whole. And if network members also introduced for the network new potential strong, solid, professional partners from outside, that is a solid recipe for the growth of everyone. This, if it was in the financial industry, would be the equivalent of compounded interest. And who doesn’t benefit from compounded interest? I hope this makes sense to you because I think it’s elementary. And it is necessary to have a well running, high-quality network. Isn’t that what we all want? And doesn’t that benefit all of this? Including yourself professionally and your company financially?