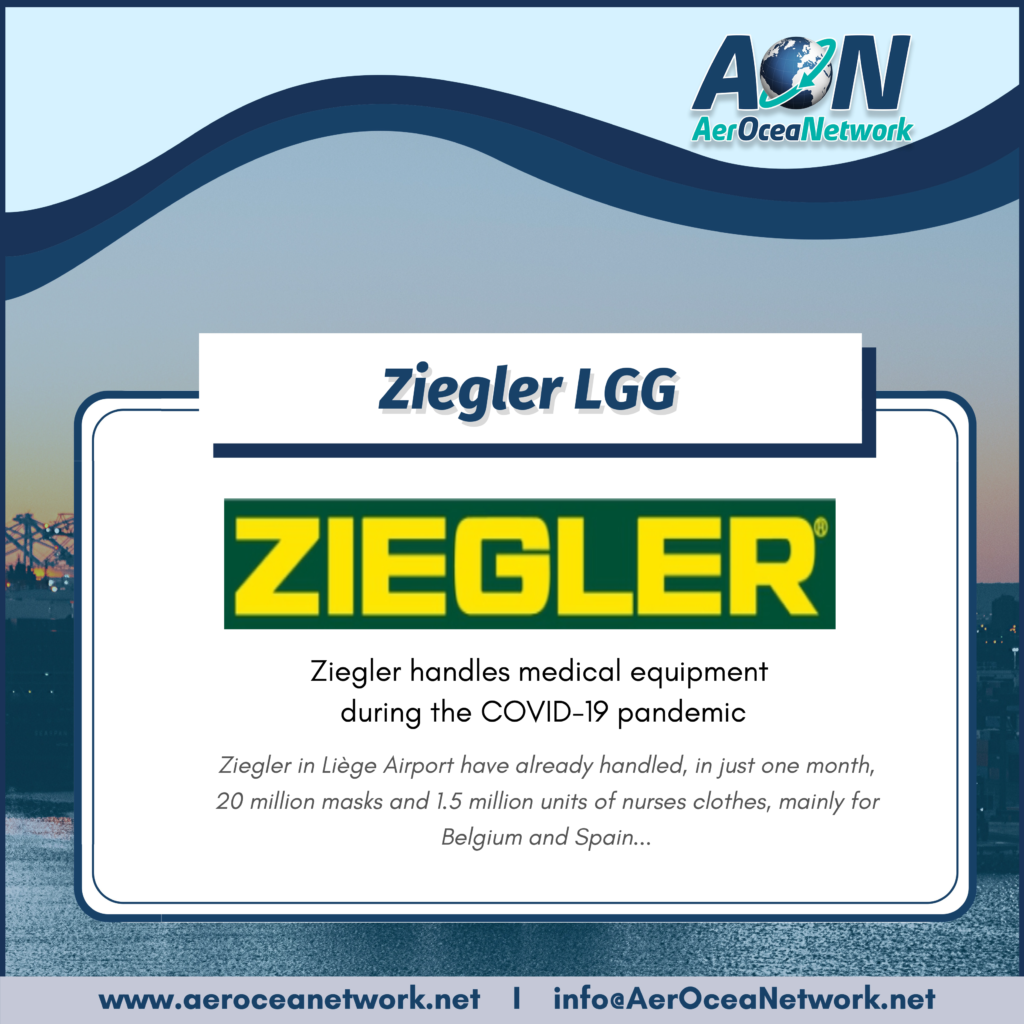 Ziegler in Liège Airport have already handled, in just one month, 20 million masks and 1.5 million units of nurses clothes, mainly for Belgium and Spain. They also handled medical ventilators for Bulgaria. Currently, they are talking about transporting 200 tons of cargo Ex China to Ziegler LGG.

Liège Airport (LGG) is the only European Cargo Airport to be fully operational currently (600 flights/week). This is also the reason why the WHO just declared that LGG has been appointed by them as the European Hub for medical supplies during this crisis.